Stumbled across this video on the internet. It has some pretty incredible and fun sports moments. If you need to kill five minutes, I highly recommend giving it a look. It’s a better time waster than this, that’s for sure. 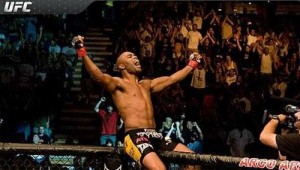 As a casual fan, I don’t know every fighters name. I don’t know the precise technical aspects of the sport. I don’t even know how fighters get punched in the nose without crying like a little girl, something I have yet to master.

But I do know that MMA is easily one of the most exciting sports. A good fight contains some of the best minute by minute action in athletics. Nearly every fight possesses the intensity of a playoff game because losing is not an option. 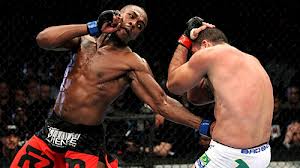 There are no seasons. Fighters can’t afford to drop a match here or there or lose focus. Win or go home.

Don’t say it’s human cock fighting because you will just come off as close minded and uninformed. Detractors of the sport should note that in its short existence, MMA has seen considerably less head injuries than boxing or football.

Mixed Martial Arts requires a mastery of several different fighting disciplines. Quality fighters need to be able to combine countless styles, approaches and abilities in order to compete. It is a sport of skill and intelligence just as much as sheer physicality. 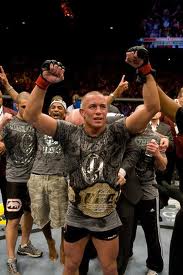 The UFC has the MMA market cornered for the moment. The organization has done a good job borrowing from the NBA’s model where star power is the primary currency. The UFC has invested heavily in scouting and developing top quality talent on a consistent basis. They’ve strategically built up certain fighters such as Georges St-Pierre, Anderson Silva, and Jon “Bones” Jones while carefully crafting and growing their brands. UFC decision makers also had the foresight to develop a young crop of fighters ready to take the mantle from the older legends on their way out. 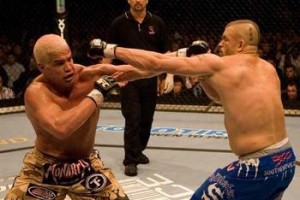 MMA is the fastest growing sport in the world thanks in large part to the $1 billion organization the UFC has become. With events and fighters from all over the globe, the international audience is assured to sustain this scintillating combat sport.

If you are still unconvinced of the validity of MMA, I’d suggest just getting over it because the sport isn’t going anywhere. MMA is here to stay. 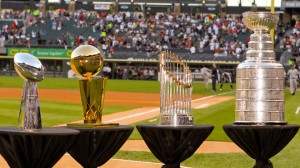 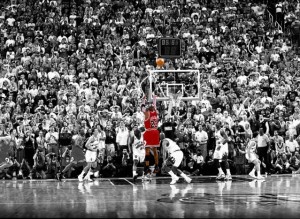 I love sports because it allows us to join an entity bigger than ourselves. Being a fan isn’t just about rooting for a team. It’s about entering an entire culture of people who share the same passion as you. It’s about walking down the street in a random city far away from home and instantly connecting with someone because they’re wearing the same jersey as you. 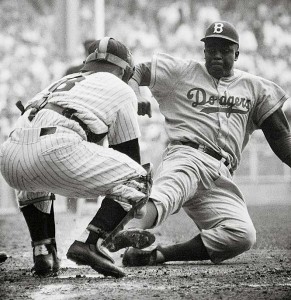 I love sports because in those rare moments it can transcend beyond just a simple game. It can represent an entire society with its flaws and successes, its limits and potential. Its impact can surpass mere winning and losing as special moments evolve into lasting iconic images engrained in our culture and passed down among generations. 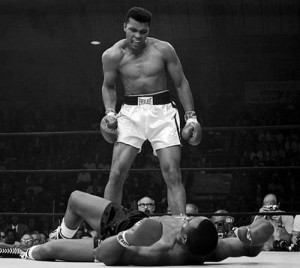 I love sports because athletes chase their dreams. They aren’t afraid of failure and they are willing to work for what they want most. No matter how outlandish or impossible, they refuse to give up. I like to think the same applies to all of our dreams and watching sports reminds us of that. 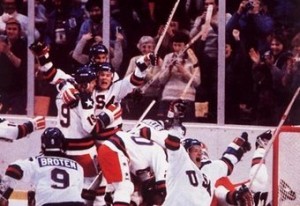 I love sports because of family moments like this. 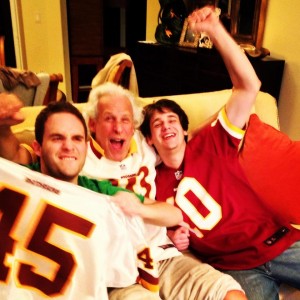 So tell me, why do you love sports?

Take a look at the video above.

What we see are several hockey fights. Nothing too important, right?

It’s time for the NHL to rid itself of the attention grabbing gimmick that is fighting. Now, I understand that these physical altercations are a deeply rooted part of hockey’s culture and tradition. I understand that they act as an important attraction to the casual NHL observer such as myself. 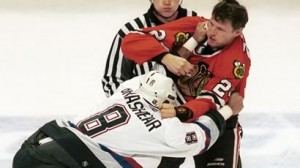 But at this point, we need to allow hockey to survive in the mainstream sporting world on its own merits and not the bloody highlight clips that garner cheers and viewership. Can you imagine the severe penalties that would ensue brawling for players in any other major sport?

Fighting is an outdated custom. Every time I watch a hockey brawl, I half expect Russell Crowe to come out on the ice screaming, “Are you not entertained?!” 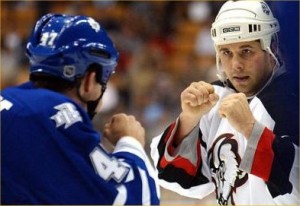 Despite the many flaws that still exist in the NFL, there is no denying the importance the league has placed on player safety in the last decade or so. Their has been a significant shift in how teams play defense due to rule changes and tackling restrictions. Has this changed the game? Yes, to a certain degree. But, a player’s risk for serious injury has been slightly decreased as a result. In the end, isn’t that worth it?

I know the NHL has taken steps to decrease fighting, but not enough has been done. The continued support of this barbaric tradition does nothing to add to the game itself.

What type of message does this send to young admirers? Is the risk of serious injury truly worth briefly catching the attention of an informal fan? 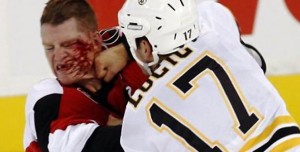 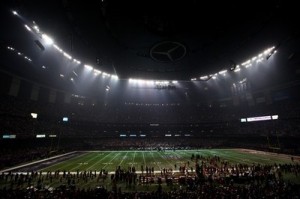 According to this article, Superdome officials have been worried for months at the potential for a power outage during America’s most popular sporting event.

The level of incompetence involved in this is breath taking. How can the Super Bowl venue be so ill equipped? If they believed there was a better then average chance of a black out occurring, why didn’t they prepare against it? The article sites considerable concerns over the condition of the stadium’s electrical feeders. These concerns had been voiced months beforehand and yet the issue was not dealt with. How can the Super Bowl be handled with such apathy? 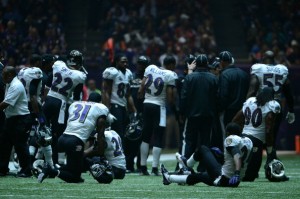 Now, the NFL has said that the black out will not affect New Orleans’ chances of hosting another Super Bowl in the future. But, I’m sure league officials were distraught  behind closed doors. Such a massive screw up is inexcusable for the most viewed event of the year.

Step ya game up.

The above video is an impressive highlight compilation from Ray Lewis‘ career. If the Baltimore Ravens Super Bowl victory didn’t further cement Lewis’ legacy as one of the greatest linebackers of all time for you, then you clearly have not been paying attention to the NFL. What makes the middle linebacker’s accomplishment this season even more amazing is his incredible recovery from a torn triceps. Lewis returned a mere 10 weeks after the injury when the average recovery time is known to be around six months.

But, as reported during media week, Lewis may have utilized a banned substance to aid in his recovery. Yet, no one seems to care that much. Yes, the media covered it and asked Lewis all of the important questions. But, it appears as if the general public is just as happy to sweep this under the rug and let Lewis ride off into the sunset. 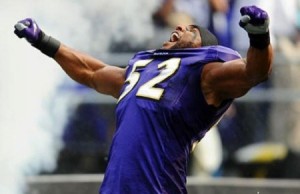 As columnist Bill Simmons argues in his article “Daring to ask the PED question”, the public should hold NFL players to the same standard as other sports. We should demand an even playing field and shun those that fail to adhere to the rules. And yet for some reason, we don’t. Commissioner Roger Goodell doles out a four game suspension for first time violators and the media move on.

Are we so entertained by the sheer brutality of football that we subconsciously want these behemoth athletes to continue growing stronger and hitting harder?

The league, the media, and the fans should value fair competition over bone crushing hits and inhuman athleticism. Performance enhancing drugs are a part of professional football. It’s about time we address that.